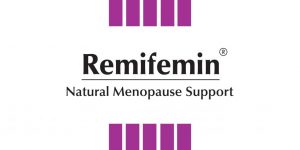 Why Menopause Accelerates Ageing & What to Do About It

“For decades, scientists have disagreed over whether menopause causes ageing or ageing causes menopause,” said Steve Horvath, a professor of human genetics and biostatistics in the David Geffen School of Medicine at UCLA, and senior author on both studies. “We discovered that menopause speeds up cellular ageing by an average of six percent. That doesn’t sound like much but it adds up over a woman’s lifespan.”

Researchers say this is significant because blood may mirror what’s happening in other parts of the body, having implications for death and disease risk.

How to Manage Menopause Naturally

While the findings may be cause for concern, there are natural ways to support the body through menopause to help bring relief.

For 60 years, millions of women worldwide have felt the benefits of the world’s number one herbal formula, Remifemin®, an evidence-based, clinically tested natural alternative for those facing and experiencing menopause.

It is widely recognised as one of Germany’s foremost herbal products, and has been used in New Zealand since 2003.

Most women experience the symptoms of menopause, some from as early as 35 years. However, on average it most commonly affects women between 45 and 55. Many will find symptoms such as hot flushes, palpitations and emotional disturbances due to hormonal imbalance.

According to the Women’s Health Research Institute at Northwestern University, there are three stages of menopause[2]. These include:

Remifemin® does not contain any form of hormone and is formulated from a native dry extract concentrate of actaea racemosa rhizome. It has no known contraindications or interactions.

The popular natural menopause formula does not contain phytoestrogens or ingredients that can mimic oestrogen like properties, nor does it change hormone levels. It also does notcontain salt, yeast, gluten, corn, soy, colourings or preservatives.

Use as directed. Always read the label and if symptoms persist consult your health professional.

Remifemin® is available at pharmacies and health food stores nationwide.

[Not a valid template]
Remifemin

Remifemin® is a naturally derived alternative to support women as they face and go through menopause. Available since 1956, Remifemin® is today used by millions of women around the world and has been the subject of several clinical trials published in peer-reviewed medical journals. Remifemin® is recognised as one of Germany's foremost herbal products made specifically for women's health at the age of menopause. It does not contain any form of oestrogen. Remifemin® is distributed by Synergy New Zealand.